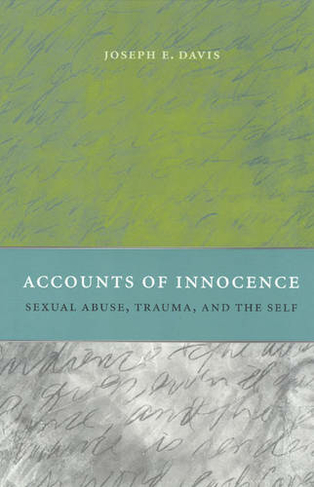 Accounts of Innocence Sexual Abuse, Trauma and the Self

Since a new sensitivity and orientation to victims of injustice arose in the 1960s, categories of victimization have proliferated. Large numbers of people are now characterized and characterize themselves as sufferers of psychological injury caused by the actions of others. In contrast with the familiar critiques of victim culture, Accounts of Innocence offers a new and empirically rich perspective on the question of why we now place such psychological significance on victimization in people's lives. Focusing on the case of adult survivors of childhood sexual abuse, Joseph E. Davis shows how the idea of innocence shaped the emergence of trauma psychology and continues to inform accounts of the past (and hopes for the future) in therapy with survivor clients. His findings shed new light on the ongoing debate over recovered memories of abuse. They challenge the notion that victim accounts are an evasion of personal responsibility. And they suggest important ways in which trauma psychology has had unintended and negative consequences for how victims see themselves and for how others relate to them. An important intervention in the study of victimization in our culture, Accounts of Innocence will interest scholars of clinical psychology, social work, and sociology, as well as therapists and victim activists.

Joseph E. Davis is research assistant professor of sociology at the University of Virginia.