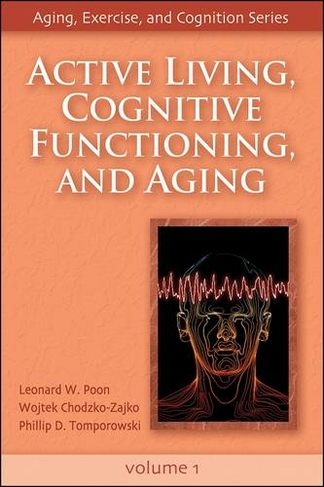 This text is useful as a reference for exercise science professionals and researchers, cognitive gerontologists, as well as health science and medical researchers or practitioners. This first volume in the "Aging, Exercise, and Cognition" series introduces the inter-relational effects of exercise, aging, and cognition. It focuses on what is known about the effects of exercise and an active life style on cognitive functioning among older adults, by extensively reviewing selected research on cognitive, neurobiological, and measurement issues. Experts specialising in different disciplines related to cognition and healthy aging provide cutting-edge analysis of current research, future directions in research and issues to address. They also assess the potential of intervention programmes and the implications on public policy making for older adults. 20 black & white illustrations, 15 black & white halftones

Leonard W. Poon, PhD, is professor of psychology, director of the Gerontology Center, and chair of the faculty of gerontology at the University of Georgia. A fellow of the American Psychological Association, American Psychological Society, Association of Gerontology in Higher Education, and the Gerontology Society of America, Dr. Poon was a Fulbright senior research scholar in Sweden and a senior visiting research scientist to Japan. Among his research awards are the NIA Special Research Award, VA Medical Research Service Achievement Award, North American Leader in Psychogeriatrics, and Southern Gerontological Society Academic Gerontologist Award. His primary research areas are in normal and pathological changes of memory processes in aging, clinical assessment of memory (including assessment of early stages of dementia of the Alzheimer's typed), and survival characteristics and adaptation of centenarians. He is currently directing a nine-university, NIA-funded program studying the genetic basis of longevity, relationships between the brain and behavior in Alzheimer's disease, and daily functioning capacities of the oldest old.Wojtek Chodzko-Zajko, PhD, serves as both department head and professor of kinesiology and community health at the University of Illinois at Urbana-Champaign. He served on the World Health Organization Scientific Advisory Committee, which issued guidelines for physical activity in older adults. He chairs the Active Aging Partnership, a national coalition in the area of healthy aging linking the American College of Sports Medicine, the National Institute of Aging, the Centers for Disease Control and Prevention, the American Geriatrics Society, the National Council on the Aging, the American Association of Retired Persons, and the Robert Wood Johnson FoundationSince 2002, Dr. Chodzko-Zajko has served as principal investigator of the National Blueprint Project, a coalition of more than 50 national organizations with a joint commitment to promoting independent, active aging in the 50+ population. He was founding editor of the Journal of Aging and Physical Activity and president of the International Society for Aging and Physical Activity. He is frequently invited to speak about healthful aging at national and international meetings. Dr. Chodzko-Zajko also has appeared often on television and radio, including the NBC "Today Show," National Public Radio, and CNN. Phillip D. Tomporowski, PhD, associate professor at the University of Georgia, specializes in the study of the effects of physical activity on mental functioning in children, individuals diagnosed as mentally retarded, and older adults. He served on the editorial board of the Journal of Aging and Physical Activity. Dr. Tomporowski is the author of Psychology of Skill: A Life-Span Approach (2003). His many publications include a review of papers describing the relation between exercise and cognitive functioning and empirical research addressing the relation between physical activity and aging.