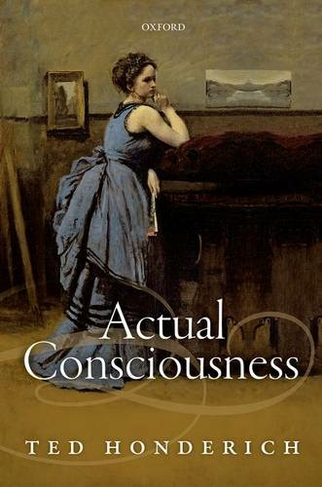 Also available on eBook for £20.03. Click here to purchase from Rakuten Kobo

What is it for you to be conscious? There is no agreement whatever in philosophy or science: it has remained a hard problem, a mystery. Is this partly or mainly owed to the existing theories not even having the same subject, not answering the same question? In Actual Consciousness, Ted Honderich sets out to supersede dualisms, objective physicalisms, abstract functionalism, general externalisms, and other positions in the debate. He argues that the theory of Actualism, right or wrong, is unprecedented, in nine ways. (1) It begins from gathered data and proceeds to an adequate initial clarification of consciousness in the primary ordinary sense. This consciousness is summed up as something's being actual. (2) Like basic science, Actualism proceeds from this metaphorical or figurative beginning to what is wholly literal and explicit-constructed answers to the questions of what is actual and what it is for it to be actual. (3) In so doing, the theory respects the differences of consciousness within perception, consciousness that is thinking in a generic sense, and consciousness that is generic wanting. (4) What is actual with your perceptual consciousness is a part or stage of a subjective physical world out there, very likely a room, a world differently real from the objective physical world, that other division of the physical world. (5) What it is for the myriad subjective physical worlds to be actual is for them to be subjectively physical, which is exhaustively characterized. (6) What is actual with cognitive and affective consciousness is affirmed or valued representations. The representations being actual, which is essential to their nature, is their being differently subjectively physical from the subjective physical worlds. (7) Actualism, naturally enough when you think of it, but unlike any other existing general theory of consciousness, is thus externalist with perceptual consciousness but internalist with respect to cognitive and affective consciousness. (8) It satisfies rigorous criteria got from examination of the failures of the existing theories. In particular, it explains the role of subjectivity in thinking about consciousness, including a special subjectivity that is individuality. (9) Philosophers and scientists have regularly said that thinking about consciousness requires just giving up the old stuff and starting again. Actualism does this. Science is served by this main line philosophy, which is concentration on the logic of ordinary intelligence-clarity, consistency and validity, completeness, generality.

Ted Honderich, Grote Professor Emeritus of the Philosophy of Mind and Logic at University College London, past chairman of the Royal Institute of Philosophy, and visiting professor at Yale and the CUNY Graduate Centre, came to England from Canada as a graduate student. He has lived in London for most of his life, and lectured in much of Europe and the East. His publications include The Oxford Companion to Philosophy (second edition; OUP, 2005), How FreeAre You? (second edition; OUP, 2002), and The Philosophers (OUP, 1999).