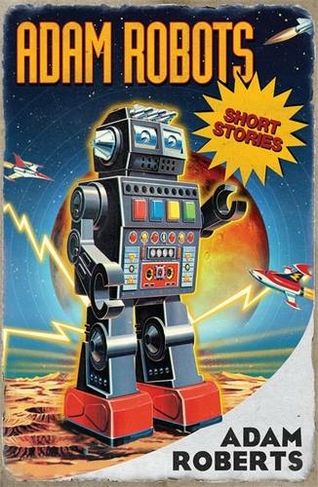 By Adam Roberts (Author)
Paperback
https://www.whsmith.co.uk/products/adam-robots-short-stories/adam-roberts/paperback/9780575130357-12-000.html £7.37 rrp £8.99 Save £1.62 (18%)
GBP
Availability
In Stock
Free Delivery Available When You Spend £25 Or More
Details
Spend £25 On Eligible Products To Receive Free Standard Delivery To You Home Or Free Next Working Day Click And Collect To Store
Share

Adam Roberts is commonly described as one of the UK's most important writers of SF. He is the author of numerous novels and literary parodies. He is Professor of 19th-century Literature at Royal Holloway, London University and has written a number of critical works on both SF and 19th-century poetry. He is a contributor to the SCIENCE FICTION ENCYCLOPEDIA.