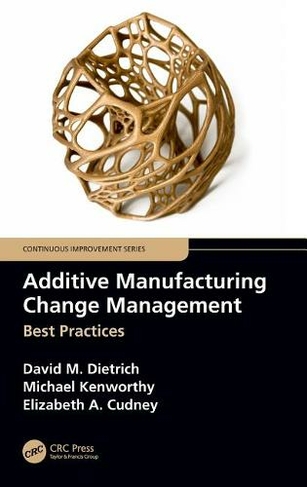 Additive Manufacturing (AM) has altered manufacturing as we know it, with shortened development time, increased performance, and reduced product costs. Executive management in industry are bombarded by marketing from their competitors showcasing design solutions leveraged through AM. Therefore, executive management ask their project management teams to figure out how to utilize AM within their own company. Clueless on how to approach the problem, managers start learning about AM from experts and become overwhelmed at the highly technical information. Unlike other AM books that focus on the technical output of AM technology, this new book focuses solely on the managerial implementation. Features Presents the impacts of AM technology Provides engaging, practical, and entertaining "war stories" from the front line of AM industrialization Describes in detail, the significant hurdles in AM certification and implementation Offers templates of proven change management best practices, as practical solutions Omits the technical verbiage that gets in the way of management understanding how the process is implemented 1 Tables, black and white; 50 Illustrations, black and white