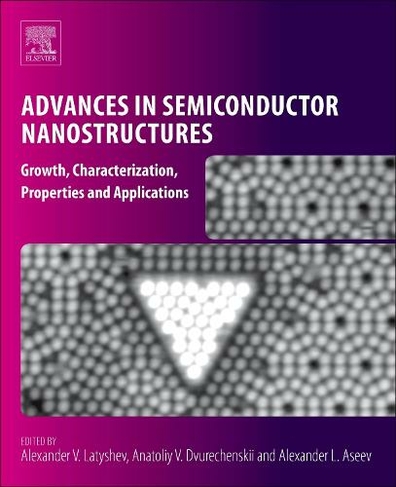 Advances in Semiconductor Nanostructures: Growth, Characterization, Properties and Applications focuses on the physical aspects of semiconductor nanostructures, including growth and processing of semiconductor nanostructures by molecular-beam epitaxy, ion-beam implantation/synthesis, pulsed laser action on all types of III-V, IV, and II-VI semiconductors, nanofabrication by bottom-up and top-down approaches, real-time observations using in situ UHV-REM and high-resolution TEM of atomic structure of quantum well, nanowires, quantum dots, and heterostructures and their electrical, optical, magnetic, and spin phenomena. The very comprehensive nature of the book makes it an indispensable source of information for researchers, scientists, and post-graduate students in the field of semiconductor physics, condensed matter physics, and physics of nanostructures, helping them in their daily research.