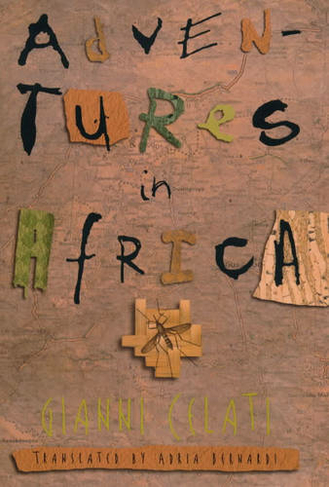 "In the life of a tourist who travels a bit far, I think that at a certain point, a question necessarily arises: 'But what have I come here for?' A question that sets in motion a great cinema of justification to oneself, so that one doesn't have to seriously say to oneself: 'I'm here doing nothing.'" In 1997 the celebrated Italian novelist and essayist Gianni Celati accompanied his friend, filmmaker Jean Talon, on a journey to West Africa which took them from Mali to Senegal and Mauritania. The two had been hoping to research a documentary about Dogon priests, but frustrated by red tape, their voyage became instead a touristic adventure. The vulnerable, prickly, insightful Celati kept notebooks of the journey, now translated by Adria Bernardi as Adventures in Africa. Celati is the privileged traveler, overwhelmed by customs he doesn't understand, always at the mercy of others who are trying to sell him something he doesn't want to buy, and aware of himself as the Tourist who is always a little disoriented and at the center of the continual misadventures that are at the heart of travel. Celati's book is both a travelogue in the European tradition and a trenchant meditation on what it means to be a tourist. Celati learns to surrender to the chaos of West Africa and in the process produces a work of touching and comic descriptions, in the lucid and ironic prose that is his hallmark. Hailed as one of the best travelogues on Africa ever written and awarded the first Zerilli-Marim prize, Adventures in Africa is a modest yet profound account of the utter discombobulation of travel.

Gianni Celati, the author of ten books including The Adventures of Guizzardi and Voices from the Plains, is one of the best known and most popular Italian writers today. His work has been recognized with several of the most prestigious Italian literary prizes. Adria Bernardi's collection of short stories, In the Gathering Woods, was awarded the Drue Heinz Literature Prize, and her novel, The Day Laid on the Altar, won the Katharine Bakeless Nason Prize.