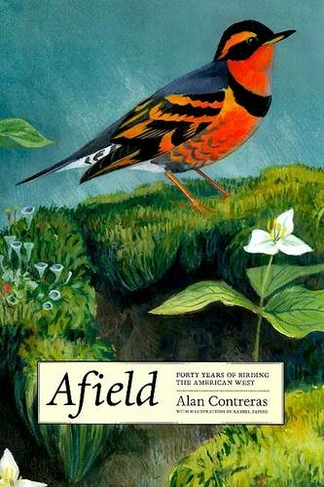 For forty years, Alan Contreras has studied birds and natural history in the West. In Afield, he recounts his bird-watching experiences? primarily in Oregon, but also in Alaska, Arizona, California, and Texas. Sprinkled with comments made by ornithologists and early explorers of the West, his essays offer elements of natural history, personal memoir, and adventure travel. In the largest sense, Afield is a love story, reaffirming the practice of unhurried observation of nature. It is a chronicle of growing up as a person interested in the natural world. From encounters with Oregon's first Eurasian Dotterel to the inspiring but unsuccessful search for Spruce Grouse, Afield describes the experiences of a birder and the life of an explorer. Contreras records his observations largely from the perspective of a lifelong birder, but the people he encounters, nd their perceptions about nature, lso inhabit Afield. The reader inspired to visit the locations described in Contreras stories will be pleased to find useful information about them. Afield will appeal to birders, nd to anyone who loves the outdoors. illustrations