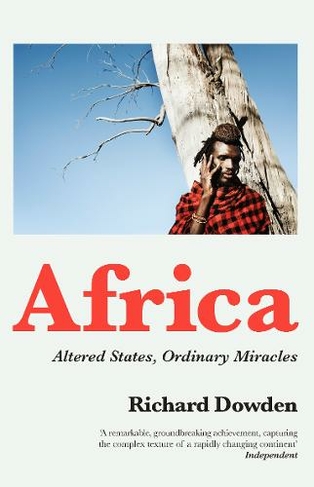 Every time you try to say 'Africa is...' the words crumble and break. From every generalisation you must exclude at least five countries. And just as you think you've nailed down a certainty, you find the opposite is also true. Africa is full of surprises. For the past three decades, Richard Dowden has travelled this vast and varied continent, listening, learning, and constantly re-evaluating all he thinks he knows. Country by country, he has sought out the local and the personal, the incidents, actions, and characters to tell a story of modern sub-Saharan Africa - an area affected by poverty, disease and war, but also a place of breathtaking beauty, generosity and possibility. The result is a landmark book, compelling, illuminating, and always surprising. Updated for 2018, Africa remains one of the most comprehensive, intelligent and responsive works on the continent ever written.

Richard Dowden was Executive Director of the Royal African Society from 2002 to 2017. He first went to Africa as a teacher in 1971, and then as a journalist in 1983, working for The Times. In 1986, he became Africa Editor of the Independent, and then in 1995 took up the post of Africa Editor of the Economist. He has also made three television documentaries on Africa, for the BBC and Channel 4.