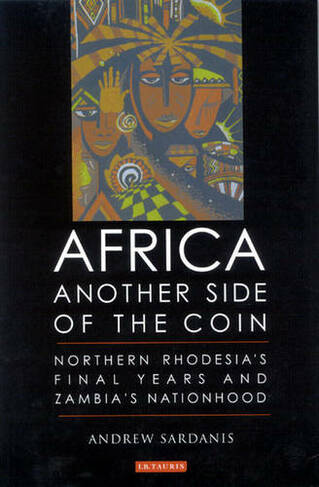 Africa, Another Side of the Coin: Northern Rhodesia's Final Years and Zambia's Nationhood

'Africa is a lost cause'. This is a cynical view held widely in the West, in much of the world and even in Africa. Many people in the old European colonial powers - and not only the dwindling band of 'old Africa hands' who served in the colonies - are in despair, lamenting maladministration, corruption, civil and inter-state wars, poverty, famine and the seemingly unstoppable march of AIDS. And all in a great continent with abundant human and natural resources. The other side of the coin is that hope is beginning to dawn as Africa's plight is recognised by the Africans themselves and its vital strategic, political and economic importance in the age of globalisation is gaining universal appreciation. An 'African renaissance' may seem far-fetched but there is perhaps light at the end of the tunnel. This is the backdrop against which Andrew Sardanis' fascinating story is set. It begins with his work as a journalist in Cyprus - on the receiving end of British colonialism - and moves to Northern Rhodesia where he played a leading role as an international businessman and in the politics of independence leading to the new nation of Zambia. He was at the heart of Zambia's political and business development, and always a sympathetic but critical observer and adviser, both in government and in business, also a close but objective friend of leaders including Kenneth Kaunda. Illustrations, map

Andrew Sardanis was born and educated in colonial Cyprus, worked as a journalist and moved to Northern Rhodesia in 1950. He participated in the independence movement of Zambia and played a major role in the first Administration of the country. After a business career that took him to almost all the sub-Saharan countries he now takes care of the Chaminuka Nature and Wildlife Reserve, near Lusaka, Zambia.