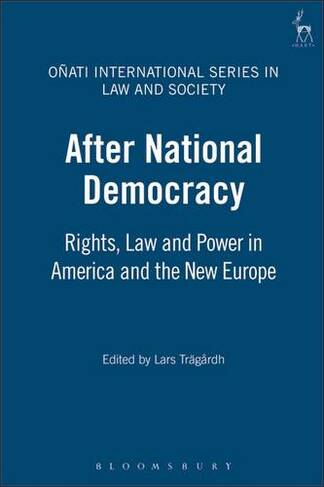 After National Democracy: Rights, Law and Power in America and the New Europe (Onati International Series in Law and Society 9)

The "imagined community" of the nation,which served as the affective basis for the post-French Revolution social contract, as well as its institutional counter-part, the welfare state, are currently under great stress as states lose control over what once was referred to as the "national economy" In this book a number of authors - historians, legal scholars, political theorists - consider the fate of national democracy in the age of globalization. In particular, the authors ask whether the order of European nation-states, with its emphasis on substantive democracy, is now, in the guise of the European Union, giving way to a more loosely constructed, often federalized system of procedural republics (partly constructed in the image of the United States). Is national parliamentary democracy being replaced by a politico-legal culture, where citizen action increasingly takes place in a transnational legal domain at the expense of traditional (and national) party politics? Is the notion of a nationally-bound citizen in the process of being superceded by a cosmopolitan legal subject?

Lars Tragardh is a Visiting Scholar at the Institute for the Study of Europe at Columbia University,New York.