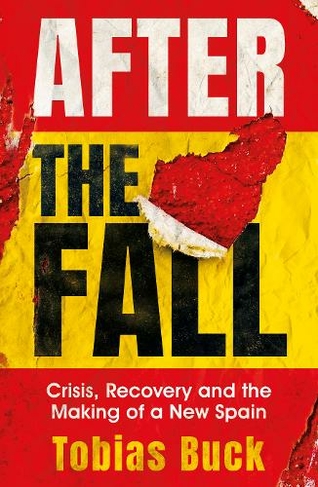 After the Fall: Crisis, Recovery and the Making of a New Spain

Tobias Buck arrived in Madrid in December 2012, in time to celebrate the bleakest Christmas the city had seen in a generation. Capital and country were reeling from a series of economic shocks that had brought Spain to the brink of ruin. The housing boom had dramatically turned to bust, a large chunk of the nation's banking system was in state hands, businesses were closing across the country, debt was spiralling out of control and unemployment levels had reached a record high. AFTER THE FALL presents a rich and vivid portrait of contemporary Spain at a critical moment in the country's history. The book tells the story of Spain's long boom and sudden bust, the brutal economic crisis that followed, and the political and social aftershocks that reverberate to this day. It explores the origins of the separatist movement in Catalonia, and its bitter clash with the Spanish government that culminated in a failed secession referendum and a divisive declaration of independence. It looks at the legacy of the Civil War and Franco dictatorship, and the continuing struggle over historical memory in Spain today. Based on five years of reporting and hundreds of interviews, AFTER THE FALL takes the reader from the offices of power in Madrid and Barcelona to the villages of the Basque country, still haunted by the memory of political violence, and to the towns of Andalusia, where an entire generation has seen its economic hopes shattered. It describes how the country has been changed by the experience of migration, and why - after decades at the margins - the far-right eventually made a return to Spanish politics. For all the problems and challenges facing Spain today, we see that amid the ruins of the crisis, the search for a new Spanish model is already underway.

Tobias Buck was the FINANCIAL TIMES Madrid correspondent from 2012 to 2017, covering Spain's economic crisis and the political aftershocks, including the Catalan campaign for secession. He is currently the FT's Berlin correspondent, but continues to travel to Spain frequently. Buck joined the FINANCIAL TIMES as a graduate trainee in 2002 and was appointed EU correspondent in Brussels one year later. From 2007 to 2012, he served as the FT's Jerusalem correspondent. He is the recipient of several journalism prizes, including a British Press Award, a Foreign Press Association Award, and a Harold Wincott Award. In 2015, Spain's International Press Club named him foreign correspondent of the year. Born in Jugenheim, Germany, in 1975, Buck has both German and British nationality. He graduated in 2001 from Humboldt University in Berlin, where he read law. He now lives in Berlin with his partner and son.