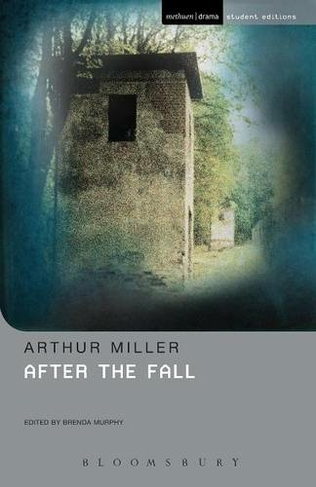 Also available on eBook for £9.23. Click here to purchase from Rakuten Kobo

This Student Edition of After the Fall is perfect for students of literature and drama and offers an unrivalled and comprehensive guide to Miller's play. It features an extensive introduction by Brenda Murphy which includes a chronology of Miller's life and times, a summary of the plot and commentary on the characters, themes, language, context and production history of the play. Together with over twenty questions for further study and detailed notes on words and phrases from the text, this is the definitive edition of the play. After the Fall (1964) is embedded in historical events that were bound up with Arthur Miller's personal life. It is an intensely personal psychological study of its protagonist Quentin and a moral and philosophical commentary on the Holocaust, McCarthyism, and the career and death of Marilyn Monroe. The play marks the full realisation of Miller's modernist experimentation in trying to create a form that dramatises both human consciousness or subjectivity and its interrelationship with social and familial dynamics. A drama that takes place in the mind and thoughts of its protagonist, where memories are overshadowed by the Holocaust, the play is a moving study of human consciousness, morality and how we should live our lives once we have come to the realisation that we exist 'after the Fall'.

Arthur Miller (1915-2005) was arguably the most important playwright of the twentieth century whose oeuvre includes novels, screenplays, essays and an autobiography. Besides individual play editions, six volumes of his plays and a volume of his theatre essays are published by Methuen Drama. Brenda Murphy is Distinguished Professor of English at the University of Conneticut. She has served as President of the American Theatre and Drama Society and published extensively on modern American drama.