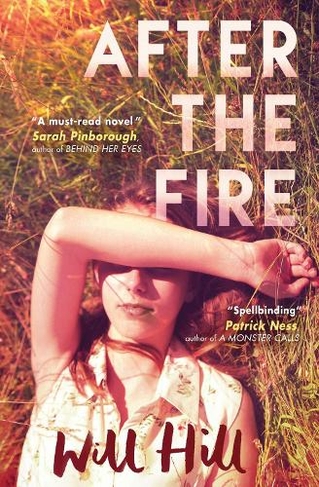 Also available on eBook for £3.47. Click here to purchase from Rakuten Kobo

Father John controls everything inside The Fence. And Father John likes rules. Especially about never talking to Outsiders. Because Father John knows the truth. He knows what is right, and what is wrong. He knows what is coming. But Moonbeam is starting to see the lies behind Father John's words. She wants him to be found out. What if the only way out of the darkness is to light a fire?

Will Hill is an award-winning author whose most recent novel, After the Fire, won the YA Book Prize 2018 and has been shortlisted for several other awards including the Carnegie Medal, as well as being selected for the 2017 Zoella & Friends Book Club. Will grew up in the north-east of England and worked as a bartender, bookseller and in publishing, before quitting to write full-time. His first novel, Department 19 - the first in a series of five - was published in 2011 to widespread acclaim, garnering Will, and the series, a huge fan base. Will now lives in east London with his girlfriend.