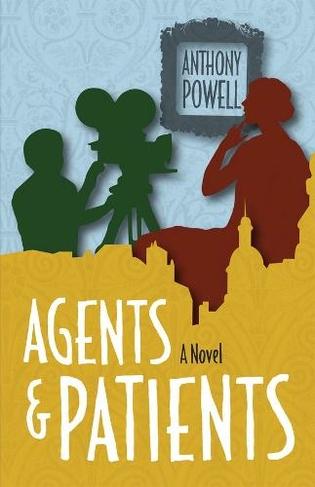 Unsavory artists, titled boobs, and charlatans with an affinity for Freud - such are the oddballs whose antics animate these early novels from the late British master Anthony Powell. A genius of social satire delivered with a very dry wit, Powell builds his comedies on the foibles of British high society between the wars, delving into subjects as various as psychoanalysis, the film industry, publishing, and (of course) sex. More explorations of relationships and vanity than plot-driven narratives, these slim novels reveal the early stirrings of the unequaled style, ear for dialogue, and eye for irony that would reach their caustic peak in Powell's epic A Dance to the Music of Time. From a View to a Death takes us to a dilapidated country estate where an ambitious artist of questionable talent, a family of landed aristocrats wondering where the money has gone, and a secretly cross-dressing squire all commingle among the ruins. In Agents and Patients, we return to London with the newly wealthy Blore-Smith: an innocent, decent enough chap...and a drip who falls victim to two con artists. In What's Become of Waring, Powell lampoons a world with which he was intimately acquainted: the inner workings of a small London publisher. Filled with eccentric characters and piercing insights, Powell's work is achingly hilarious, human, and true.

Anthony Powell (1905-2000) was an English novelist best known for A Dance to the Music of Time, which was published in twelve volumes between 1951 and 1975. He also wrote seven other novels, a biography of John Aubrey, two plays, and three volumes of collected reviews and essays, as well as a four-volume autobiography, an abridged version of which, To Keep the Ball Rolling, is available from the University of Chicago Press.