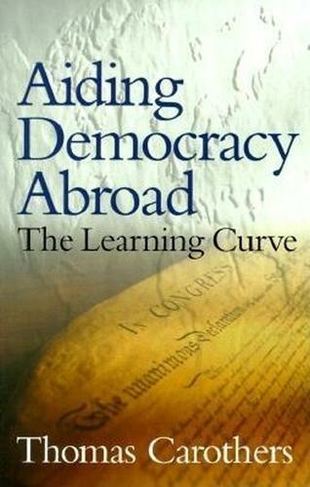 Aid to promote democracy abroad has emerged as a major growth industry in recent years. Not only the United States but many other Western countries, international institutions, and private foundations today use aid to support democratic transitions in Eastern Europe, the former Soviet Union, Asia, Africa, Latin America, and the Middle East. Though extensive in scope, these activities remain little understood outside the realm of specialists. Debates among policymakers over democracy promotion oscillate between unhelpful poles of extreme skepticism and unrealistic boosterism, while the vast majority of citizens in aid-providing countries have little awareness of the democracy-building efforts their governments sponsor. Aiding Democracy Abroad is the first independent, comprehensive assessment of this important new field. Drawing on extensive field research and years of hands-on experience, Thomas Carothers examines democracy-aid programs relating to elections, political parties, governmental reform, rule of law, civil society, independent media, labor unions, decentralization, and other elements of what he describes as "the democracy template" that policymakers and aid officials apply around the world. Steering a careful path between the inflated claims of aid advocates and the exaggerated criticisms of their opponents, Carothers takes a hard look at what such programs achieve and how they can be improved.

Thomas Carothers is vice president for international politics and governance at the Carnegie Endowment for International Peace and founder and director of the Endowment's Democracy and Rule of Law Project, Washington, D.C., USA.