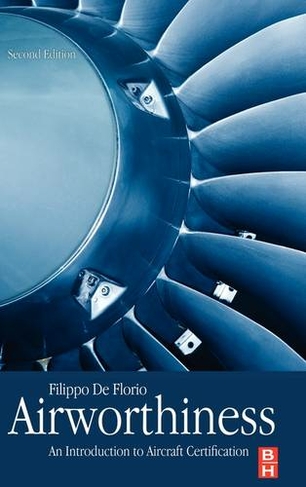 Also available on eBook for £65.27. Click here to purchase from Rakuten Kobo

Airworthiness: An Introduction to Aircraft Certification, Second Edition, offers a practical guide to the regulations of the International Civil Aviation Organization (ICAO), the U.S. Federal Aviation Administration (FAA), and the European Aviation Safety Agency (EASA). The discussions include the concepts of flight safety and airworthiness; the ICAO and civil aviation authorities; airworthiness requirements; type certifications and the type-certification process; production of products, parts, and appliances; certifications of airworthiness; and rules for "spaceworthiness." The book will be a valuable resource for certification engineers engaged in professional training and practical work in regulatory agencies and aircraft engineering companies.

Previously Director of the Italian RAI-ENAC Type Certification Division 1992-2000. Also a member of the JAA Certification Committee. As a member of the JAR 22 and JAR-VLA Study Groups since the 1970s, he had a key role in the creation and development of such standards.Dr. De Florio has been a sailplane and aeroplane pilot for over 25 years and currently remains a member of the OSTIV Sailplane Development Panel and Honorary Member of UVS International. In June 2008, he was awarded the 1st UAS Pioneer Award instituted 'to honour and thank individuals for their exceptional and dedicated services to the international UAS community'.