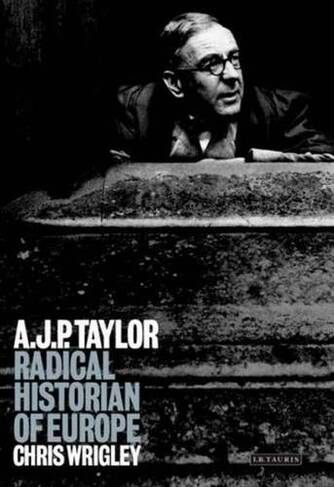 A scholar gentleman in the old style; a northern non-conforming radical; an academic steeped in Oxford traditions; a late 20th-century media personality; one of the most outstanding historians of his age: A.J.P. Taylor was all of these. He wrote about traditional historical subjects in a traditional manner and took narrative history to new heights and was equally at home with a critical academic, as with a vast popular audience. This biographical study of A.J.P. Taylor includes details of Taylor's privileged and cosseted childhood, the effect of his close but combative and stimulating family, the dissenting and nonconformist tradition, and his time as teacher, broadcaster journalist and historian. It attempts to evaluate how far he fulfilled his aim and conviction as to the importance of history and its place at the heart of national consciousness. b&w illustrations

C.J. Wrigley is Professor of Modern British History at the University of Nottingham. He is the author of numerous books including 'A.J.P. Taylor: A Complete Annotated Bibliography and Guide to His Historical and Other Writings'.