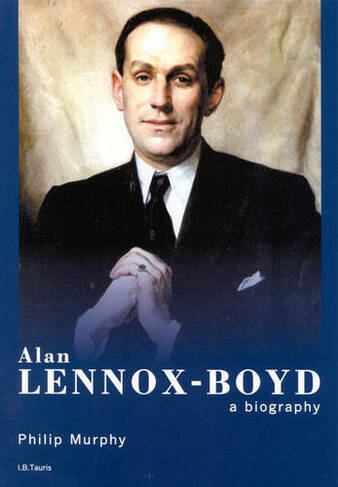 Alan Lennox Boyd served as Colonial Secretary from 1954 to 1959, a decisive period in the history of British decolonization. An imposing figure both in terms of his place within Conservative Party history and his influence on imperial history, he represented a particular trend within the party, flirting with fascism and holding the Empire in high regard. He gained a reputation as an impediment to constitutional reform in the colonies, yet during his period of office he played a key role in a number of major decisions, including the decolonization of Cyprus. Tracing the development of Lennox Boyd's highly idiosyncratic brand of right-wing politics, this biography presents a portrait of a complex man and an interpretation of British colonial policy at this time. It also provides a reminder of how vital colonial issues were in British politics until as late as the 1970s. Illustrations, ports.

Philip Murphy is a lecturer in modern British history at the University of Reading.