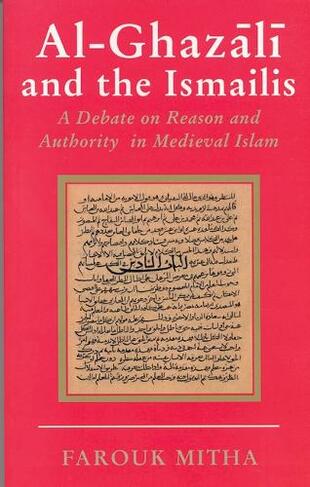 Al-Ghazali (1058-1111 CE) is arguably one of the most influential thinkers in the history of Islam and his writings have received greater scholarly attention in the West than those of any other Muslim scholar. This study explores and important dimension of his thought that has not yet been fully examined, namely, his polemical engagement with the Ismailis of the Fatimid and early Alamut periods. Al-Ghazali's debate with the Ismailis constitutes an important chapter in the history of Muslim thought and this book also explores the wider intellectual and political significance of this encounter, and especially the light it sheds on the central tensions and questions of the age in which al-Ghazali lived.

Farouk Mitha has postgraduate degrees in Islamic Studies from McGill University and in Comparative Education from the University of London. He is currently associated with the Faculty of Education, University of Victoria, Canada.