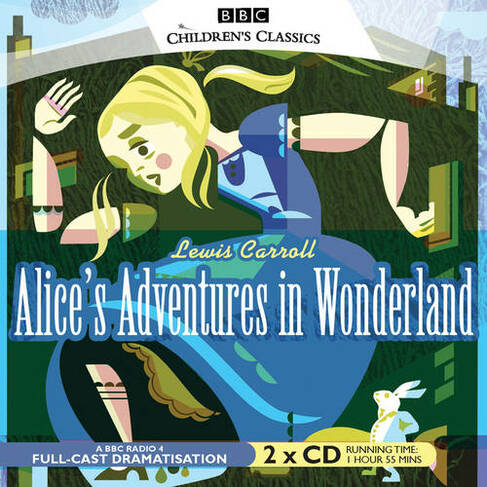 When Alice sees the White Rabbit run by it occurs to her that she's never seen a rabbit with a watch before. Burning with curiosity, she jumps up and follows him into a rabbit-hole. Then she falls down a long, long way... With David Bamber as the splendid White Rabbit, Roy Hudd as the Mad Hatter and Sarah-Jane Holm as Alice, the spellbinding and fantastic story sparkles with nonsensical life in this full-cast dramatisation.

Lewis Carroll's real name was Charles Lutwidge Dodgson. He was born on 27th January 1832 at Daresbury in Cheshire. He studied at Christ Church, Oxford University and later became a mathematics lecturer there. He wrote Alice's Adventures in Wonderland (1865) and Through the Looking Glass (1872) for the daughters of the Dean of Christ Church. He was very fond of puzzles and some readers have found mathematical jokes and codes hidden in his Alice books. His other works include Phantasmagoria and Other Poems (1869), The Hunting of the Snark (1876), Rhyme? And Reason? (1882), The Game of Logic (1887) and Sylvie and Bruno (1889, 1893). Dodgson was also an influential photographer. He died on 14th January 1898.