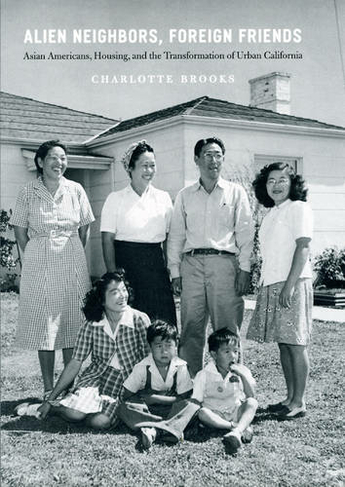 Between the early 1900s and the late 1950s, the attitudes of white Californians toward their Asian American neighbors evolved from outright hostility to relative acceptance. Charlotte Brooks examines this transformation through the lens of California's urban housing markets, arguing that the perceived foreignness of Asian Americans, which initially stranded them in segregated areas, eventually facilitated their integration into neighborhoods that rejected other minorities. Against the backdrop of cold war efforts to win Asian hearts and minds, whites who saw little difference between Asians and Asian Americans increasingly advocated the latter group's access to middle-class life and the residential areas that went with it. But as they transformed Asian Americans into a 'model minority', whites purposefully ignored the long backstory of Chinese and Japanese Americans' early and largely failed attempts to participate in public and private housing programs. As Brooks tells this multifaceted story, she draws on a broad range of sources in multiple languages, giving voice to an array of community leaders, journalists, activists, and homeowners - and insightfully conveying the complexity of racialized housing in a multiracial society. 8 halftones, 9 line drawings, 1 table