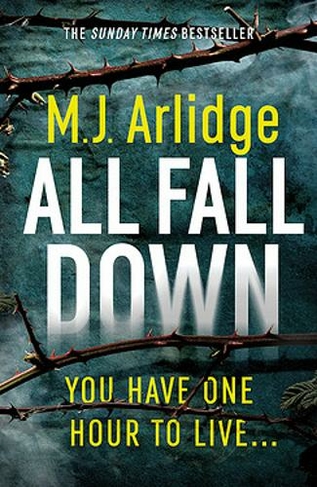 All Fall Down: The Brand New D.I. Helen Grace Thriller

FROM THE MIND OF THE MILLION-COPY BESTSELLER M.J. ARLIDGE COMES THE BRAND NEW SERIAL KILLER THRILLER STARRING DETECTIVE INSPECTOR HELEN GRACE... * * * * * "You have one hour to live." Those are the only words on the phone call. Then they hang up. Surely, a prank? A mistake? A wrong number? Anything but the chilling truth... That someone is watching, waiting, working to take your life in one hour. But why? The job of finding out falls to DI Helen Grace: a woman with a track record in hunting killers. However, this is A case where the killer seems to always be one step ahead of the police and the victims. With no motive, no leads, no clues - nothing but pure fear - an hour can last a lifetime... * * * * * PRAISE FOR M. J. ARLIDGE AND THE HELEN GRACE THRILLERS: 'Chilling' THE TIMES 'Gripping' SUNDAY MIRROR 'Addictive' EXPRESS 'Truly excellent' THE SUN 'Amazing' RICHARD MADELEY 'Mesmerizing' LISA GARDNER 'Chills to the bone' DAILY MAIL 'This is going to be as big as Jo Nesbo' JUDY FINNIGAN 'Helen Grace is one of the greatest heroes to come along in years' JEFFERY DEAVER

M. J. Arlidge has worked in television for the last twenty years, specialising in high-end drama production, including prime-time crime serials Silent Witness, Torn, The Little House and, most recently, the hit ITV show Innocent. In 2015 his audiobook exclusive Six Degrees of Assassination was a number-one bestseller. His debut thriller, Eeny Meeny, was the UK's bestselling crime debut of 2014 and has been followed by 8 more DI Helen Grace bestsellers.