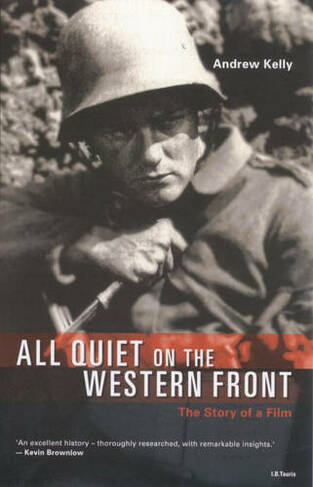 "All Quiet on the Western Front": The Story of a Film (British Film Guides v. 7 New edition)

Published to commemorate the centenary of the birth of Erich Maria Remarque, author of "All Quiet on the Western Front", this is an account of the making of the Academy Award-winning film of the novel. When it first appeared in 1928, the book transformed the popular image of war; the film, directed by Lewis Milestone, was released the following year and was instantly acclaimed as a classic. It remains the quintessential view of World War I and of the brutality and waste of war. Like the novel, however, it suffered censorship internationally: it was banned in Italy, and in Germany following violent protests, and cut elsewhere, including Hollywood. This account covers the film's origins and production, and its fortunes on and after release. The author's five years of research included visits to archives around the world, viewings of all extant versions of the film, and interviews with people involved in its production. The book is illustrated with scenes from the film and contains extensive extracts from the screenplays. 25 b&w illustrations

Andrew Kelly is the co-author of Filming T.E.Lawrence: Korda's Lost Epic (I.B.Tauris). He is currently researching a biography of Lewis Milestone.