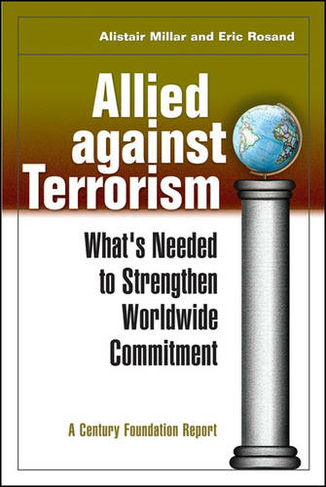 By Eric Rosand (Author)
Paperback
https://www.whsmith.co.uk/products/allied-against-terrorism-whats-needed-to-strengthen-worldwide-commitment-century-foundation-report/eric-rosand/paperback/9780870785054-01-000.html £13.50
GBP
Availability
Currently unavailable. We don't know when or if this item will be back in stock
Share

There is now broad recognition that even the most powerful of countries cannot successfully fight terrorism on its own. Cross-border cooperation is necessary to trace funding, disrupt planning, and thwart new attacks as well as to investigate, capture, and prosecute terrorists and their supporters should those preventive efforts fail. While the initial impulse for effective action may come from individual states, sustaining it requires ongoing coordination. Five years after the attacks of September 11, what are the prospects for the global counterterrorism campaign? Allied against Terrorism is an up-to-date assessment of the global efforts to combat terrorism. Beginning with a look at the effectiveness of the international measures against terrorist violence already in place, Alistair Millar and Eric Rosand give a rigorous analysis of the United Nations-led campaign of nonmilitary measure to combat global terrorist threats, identifying some successes but also detailing the many shortcomings of the UN's operation units and political bodies responsible for counterterrorism. Millar and Rosand offer a number of reform suggestions to make UN efforts more coherent and effective, but argue that these reforms are only an interim stage in coordinating an effective global counterterrorism campaign: what truly is needed is a new global organization dedicated to combating terrorism. Millar and Rosand explore the tasks that a global counterterrorism organization could undertake and examine a wide array of possible models from which to draw in constructing such an organization. Offering specific examples of why the United States and other developed nations might be willing to support the creation of a dedicated organization, Millar and Rosand also assess how this organization would be welcomed by nations in the global South.

Alistair Miller is the director of the Center on Global Counter-Terrorism Cooperation and teaches at the Elliott School of International Affairs at The George Washington University, Washington, USA. He is the editor of Tactical Nuclear Weapons: Emergent Threats in an Evolving Security Environment (Brassey's, 2003). Eric Rosand is a senior fellow at the Center on Global Counter-Terrorism Cooperation and recently was chief of the Multilateral Affairs Unit in the Department of State's Office of the Counter-terrorism Coordinator, USA.