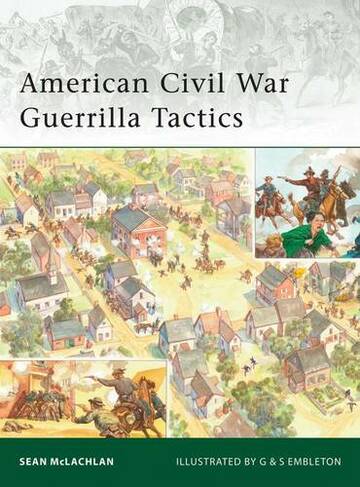 While the giant armies of the Union and the Confederacy were fighting over cities and strategic strongholds, a large number of warriors from both sides were fighting, smaller, more personal battles. Beginning with the violent struggle known as Bleeding Kansas armed bands of irregular fighters began to wage war in every corner of the United States. Many of the names of their commanders have become legendary: William Quantrill, Bloody Bill Anderson, and John S Mosby - The Grey Ghost. To their own people they were heroes; to others they were the first of a new generation of wild-west outlaw. Their tactics included robbing banks, kidnapping soldiers & civilians, rustling cattle, and cutting telegraph lines. In fact, it is during the violence of the war that many of America's future outlaw legends would be born, most notably Cole Younger and Frank and Jesse James. Illustrations (some col.)

Sean McLachlan is an experienced Canadian author who used to study and work in the USA and is a member of a number of US historical societies. His writing is detailed with rare documentary and picture archive materials. The author lives in Madrid, Spain.