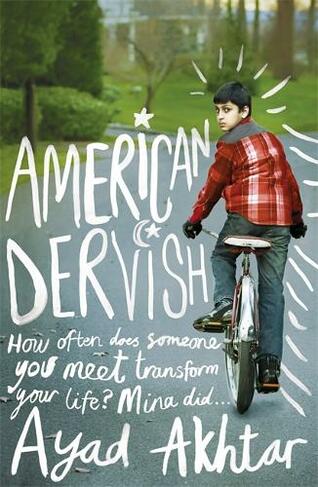 American Dervish: From the winner of the Pulitzer Prize

By Ayad Akhtar (Author)
Paperback
https://www.whsmith.co.uk/products/american-dervish-from-the-winner-of-the-pulitzer-prize/ayad-akhtar/paperback/9781780220710-12-000.html £7.37 rrp £8.99 Save £1.62 (18%)
GBP
Availability
Available / dispatched within 1 - 2 weeks
Free Delivery Available When You Spend £25 Or More
Details
Spend £25 On Products To Receive Free Standard Delivery To Your Home Or Free Next Working Day Click And Collect To Store

THE EXPLOSIVE NOVEL FROM PULITZER PRIZE WINNER AYAD AKHTAR 'Terrific' The Times 'Extraordinary' Sunday Express 'A great American story' Metro HOW OFTEN DOES SOMEONE YOU MEET TRANSFORM YOUR LIFE? Hayat Shah was captivated by Mina long before he met her: his mother's beautiful, brilliant friend is a family legend. When he learns that Mina is leaving Pakistan to live with the Shahs in America, Hayat is thrilled. Hayat's father is less enthusiastic. Ever wary of fundamentalism, he doesn't relish the idea of Mina's fervid devotion under his roof. What no one expects is that when Mina shows Hayat the beauty of the Quran, it will utterly transform him. Mina's real magic may be that the Shah household becomes a happy one. But when Mina catches the eye of a Jewish doctor and family friend, Hayat's jealousy is inflamed by the community's anti-Semitism - and he acts with catastrophic consequences for those he loves most. A DEVASTATINGLY MOVING NOVEL FROM ONE OF AMERICA'S MOST EXCITING WRITERS A Kirkus Reviews Best Book of the Year A Globe and Mail Best Book of the Year A Shelf Awareness Best Book of the Year An O, the Oprah Magazine Book of the Year

Ayad Akhtar is an American-born, first-generation Pakistani-American from Milwaukee, Wisconsin. An alumnus of the Graduate Film Program at Colombia University, he is the author of numerous plays and screenplays. He was star and co-writer of The War Within, which premiered at the 2005 Toronto Film Festival and was released internationally. The film was nominated for an Independent Spirit Award for Best Screenplay and an International Press Academy Satellite Award for Best Picture. His stage play, Disgraced, won the Pulitzer Prize for Drama in 2013. American Dervish is his first novel.http://ayadakhtar.com/ http://www.facebook.com/AyadAkhtar https://twitter.com/ayadakhtarhttp://ayadakhtar.tumblr.com/