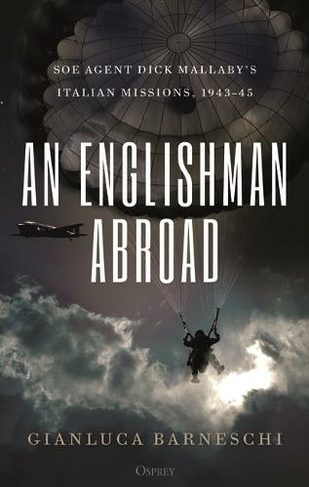 By Gianluca Barneschi (Author)
Hardback
£13.59 rrp £16.99 Save £3.40 (20%)
GBP
Availability
In Stock
Free Delivery Available When You Spend £25 Or More
Details
Spend £25 On Products To Receive Free Standard Delivery To Your Home Or Free Next Day Click and Collect To Stores
Share

Based on 20 years of research, Gianluca Barneschi has uncovered the true story of a real-life James Bond. The debonair Special Operations Executive agent Richard 'Dick' Mallaby was the first Briton to be sent to Italy as an SOE operative, parachuted unceremoniously into Lake Como in August 1943. Arrested and initially tortured by the Italian authorities, he managed to sweet-talk his way out of trouble, and helped Marshal Pietro Badoglio and King Victor Emmanuel III escape to the Allied lines. He also helped negotiate the armistice with Italy, for which he was awarded the Military Cross. He was back in action in 1945, when he crossed into Fascist-controlled northern Italy from Switzerland but was swiftly captured and interrogated by the SS. Narrowly avoiding a firing squad once again, he helped to secure the surrender of 800,000 German forces in Italy in May 1945.

Gianluca Barneschi is an author, historian, and attorney in the field of radio and telecommunications Among several newspapers and magazines, his essays have also been published in Nuova Storia Contemporanea and featured in various television documentaries, having gained literary recognition. His debut work, Balvano 1944: The Secrets of an Ignored Railway Disaster, was the winner of the Basilicata Prize 2005 in the historical non-fiction category. In 2013, The Englishman Who Traveled with the King and Badoglio - the Missions of the Special Agent Dick Mallaby, was the recipient of the Cerruglio Prize 2014 for historical essays and has reached its third edition in Italy. Barneschi has spent 20 years researching the story of Richard Mallaby's missions and lives primarily in Rome with his family.