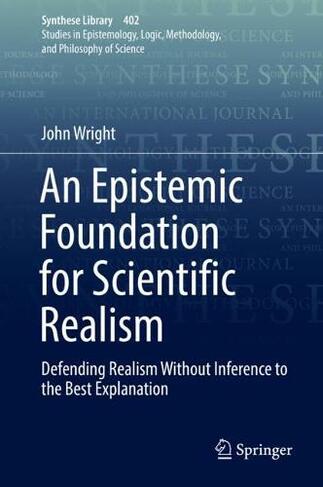 This monograph develops a new way of justifying the claims made by science about phenomenon not directly observable by humans, such as atoms and black holes. It details a way of making inferences to the existence and properties of unobservable entities and states of affairs that can be given a probabilistic justification. The inferences used to establish realist claims are not a form of, and neither do they rely on, inference to the best explanation. Scientific Realism maintains that scientific theories and hypotheses refer to real entities, forces, and relations, even if one cannot examine them. But, there are those who doubt these claims. The author develops a novel way of defending Scientific Realism against a range of influential attacks. He argues that in some cases, at least, we can make probabilistically justifiable inferences from observed data to claims about unobservable, theoretical entities. He shows how this enables us to place some scientific realist claims on a firmer epistemological footing than has previously been the case. This also makes it possible to give a unified set of replies to the most common objections to Scientific Realism. The final chapters apply the developed conceptual apparatus to key cases from the history of science and from recent science. One example concerns realism with respect to atoms. Another looks at inferences from recent astronomical data to conclusions about the size and shape of those parts of the universe lying beyond that which we can observe. 16 Illustrations, black and white; VIII, 220 p. 16 illus.

John Wright is Senior Lecturer in Philosophy at the University of Newcastle, Australia. He has published books in philosophy of science, metaphysics and ethics and economics as well as numerous articles in peer-reviewed journals.