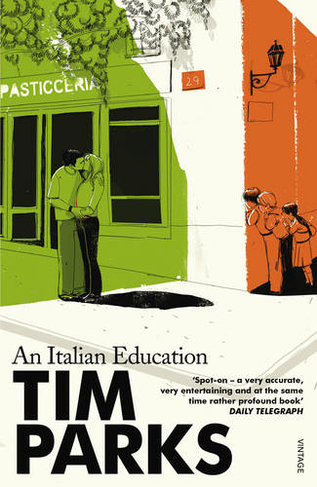 How does an Italian become Italian? Or an Englishman English, for that matter? Are foreigners born, or made? In An Italian Education Tim Parks focuses on his own young children in the small village near Verona where he lives, building a fascinating picture of the contemporary Italian family at school, at home, at work and at play. The result is a delight: at once a family book and a travel book, not quite enamoured with either children or Italy, but always affectionate, always amused and always amusing.

Born in Manchester, Tim Parks grew up in London and studied at Cambridge and Harvard. In 1981 he moved to Italy where he has lived ever since. He is the author of novels, non-fiction and essays, including Europa, Cleaver, A Season with Verona and Teach Us to Sit Still. He has won the Somerset Maugham, Betty Trask and Llewellyn Rhys awards, and been shortlisted for the Booker Prize. He lectures on literary translation in Milan, writes for publications such as the New Yorker and the New York Review of Books, and his many translations from the Italian include works by Moravia, Calvino, Calasso, Tabucchi and Machiavelli.