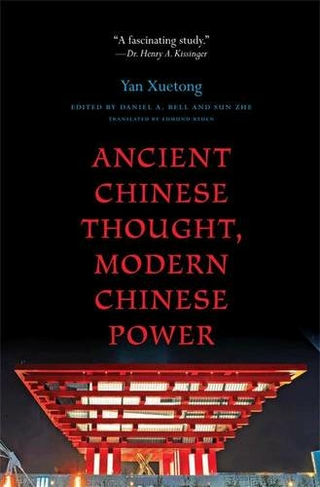 The rise of China could be the most important political development of the twenty-first century. What will China look like in the future? What should it look like? And what will China's rise mean for the rest of world? This book, written by China's most influential foreign policy thinker, sets out a vision for the coming decades from China's point of view. In the West, Yan Xuetong is often regarded as a hawkish policy advisor and enemy of liberal internationalists. But a very different picture emerges from this book, as Yan examines the lessons of ancient Chinese political thought for the future of China and the development of a "Beijing consensus" in international relations. Yan, it becomes clear, is neither a communist who believes that economic might is the key to national power, nor a neoconservative who believes that China should rely on military might to get its way. Rather, Yan argues, political leadership is the key to national power, and morality is an essential part of political leadership. Economic and military might are important components of national power, but they are secondary to political leaders who act in accordance with moral norms, and the same holds true in determining the hierarchy of the global order. Providing new insights into the thinking of one of China's leading foreign policy figures, this book will be essential reading for anyone interested in China's rise or in international relations. 11 line illus. 4 tables.

Yan Xuetong is professor of political science and director of the Institute of International Studies at Tsinghua University in Beijing. His many books include "The Rise of China and Its Strategy", "International Politics and China", and "American Hegemony and China's Security".