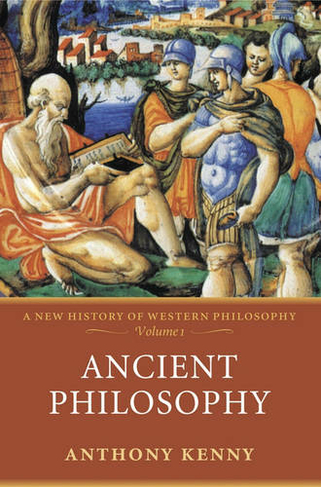 Sir Anthony Kenny tells the fascinating story of the birth of philosophy and its remarkable flourishing in the ancient Mediterranean world. This is the first of four volumes in which he unfolds a magisterial new history of Western philosophy. Specially written for a broad popular readership, but serious and deep enough to offer a genuine understanding of the great philosophers, Kenny's lucid and stimulating history will become the definitive work for anyone interested in the people and ideas that shaped the course of Western thought. 1 map, numerous halftones

Sir Anthony Kenny is one of Britain's most distinguished academics. He has been Pro-Vice-Chancellor of the University of Oxford, Master of Balliol College, and President of the British Academy. He is one of very few philosophers who have made significant contributions to the study of ancient philosophy, medieval philosophy, early modern philosophy, and twentieth-century philosophy. He is particularly well known for his work on Aristotle, Aquinas, Descartes, andWittgenstein. He has also published acclaimed books on the philosophy of mind and action and the philosophy of religion.