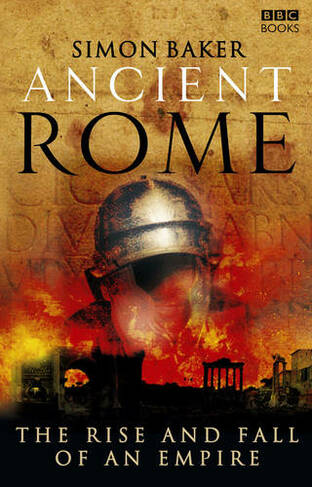 Ancient Rome: The Rise and Fall of an Empire

This is the story of the greatest empire the world has ever known. Simon Baker charts the rise and fall of the world's first superpower, focusing on six momentous turning points that shaped Roman history. Welcome to Rome as you've never seen it before - awesome and splendid, gritty and squalid. From the conquest of the Mediterranean beginning in the third century BC to the destruction of the Roman Empire at the hands of barbarian invaders some seven centuries later, we discover the most critical episodes in Roman history: the spectacular collapse of the 'free' republic, the birth of the age of the 'Caesars', the violent suppression of the strongest rebellion against Roman power, and the bloody civil war that launched Christianity as a world religion. At the heart of this account are the dynamic, complex but flawed characters of some of the most powerful rulers in history: men such as Pompey the Great, Julius Caesar, Augustus, Nero and Constantine. Putting flesh on the bones of these distant, legendary figures, Simon Baker looks beyond the dusty, toga-clad caricatures and explores their real motivations and ambitions, intrigues and rivalries. The superb narrative, full of energy and imagination, is a brilliant distillation of the latest scholarship and a wonderfully evocative account of Ancient Rome. 32

Simon Baker read Classics at Oxford University. In 1999 he joined the BBC's award-winning History Unit where he worked on Timewatch and a wide range of programmes about the classical world. He was the Development Producer on the BBC One series Ancient Rome - The Rise and Fall of an Empire. This is his second book. Mary Beard is a Professor of Classics at Cambridge University and a Fellow of Newnham College. She has written widely on the history and culture of the ancient (and modern) world. Her books include The Parthenon and (with Keith Hopkins) The Colosseum. She is Classics Editor of the Times Literary Supplement and her major study of the Roman Triumph was published in 2007.