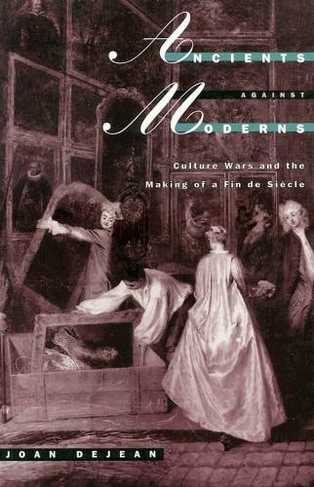 Ancients Against Moderns: Culture Wars and the Making of a Fin de Siecle (New edition)

As the end of the 20th century approaches, many predict that it will mirror the 19th-century decline into decadence. The author of this text finds a closer analogy with the culture wars of France in the 1690s - the time of a battle of the books known as the Quarrel between the Ancients and Moderns. The book reassesses current culture wars from the perspective of that earlier fin de siecle, and re-reads the 17th century Quarrel from the vantage of 20th-century warring "ancients" and "moderns". In so doing, DeJean shows that a fin de siecle taking place in the shadow of culture wars can be more a source of constructive cultural revolution than of apocalyptic gloom and doom. Just as the first fin de siecle's battle of the books served as the spark which set off the Enlightenment, introducing radically new sexual and social politics which laid the groundwork for modernity, so current culture wars can result in radical, liberating changes, if we take an active stand against our own "ancients" who seek to stifle such reforms. 3 halftones