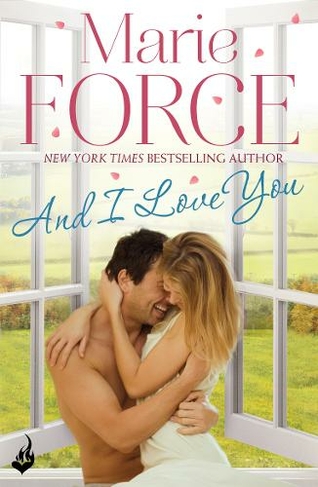 And I Love You: Green Mountain Book 4

From New York Times bestselling author Marie Force, creator of the beloved McCarthys of Gansett Island, Quantum and Fatal series, comes the fourth book in her Green Mountain series. Fans of Debbie Macomber, Susan Mallery and Jill Shalvis will love the heartwarming, sexy romance series centered on the lives of the Abbott family. Can he convince the woman of his dreams that his love is for keeps? As the chief financial officer of the family firm, Hunter Abbott prides himself on his ability to fix things for the people he loves. But one thing he can't fix is his undeniable attraction to Megan Kane - and he's prepared to do whatever it takes to show Megan that he's the man for her. Megan's world is rocked by the news that she'll soon be alone and out of a job when her beloved sister moves overseas. She finds herself leaning on the sexy, buttoned-up accountant who isn't afraid to lay it all on the line for her. But Megan has watched too many people she loves leave her. If she risks her heart with Hunter, will he keep it safe? Bonus Content: Features A Green Mountain Short Story! (Published in the USA as A Day In The Life) ***And I Love You is published in the USA as And I Love Her*** For more spellbinding Green Mountain romance, check out the whole series: Your Love Is All I Need, Let Me Hold Your Hand, I Saw You Standing There, And I Love You, You'll Be Mine, It's Love, Only Love and Ain't She Sweet.

With more than 4 million books sold, Marie Force is the New York Times bestselling, award-winning author of more than 40 contemporary romances. Her bestselling self-published Gansett Island Series has sold 2 million e-books since Maid for Love was released in 2011. She is also the author of the New York Times bestselling Fatal and Green Mountain Series, among other books and series, as well as the Quantum Trilogy, released under the name of M.S. Force.While her husband was in the Navy, Marie lived in Spain, Maryland and Florida, and she is now settled in her home state of Rhode Island. She is the mother of one young adult and one teenager and two feisty dogs, Brandy and Louie. Join Marie at www.marieforce.com to get news on her latest books, or follow her on Twitter: @marieforce and Facebook: www.facebook.com/MarieForceAuthor.