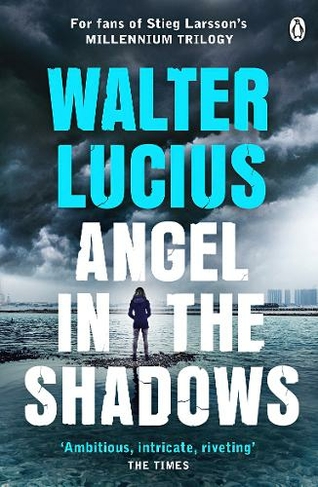 By Walter Lucius (Author)
Paperback
https://www.whsmith.co.uk/products/angel-in-the-shadows-the-heartland-trilogy-book-two/walter-lucius/paperback/9781405921435-12-000.html £6.55 rrp £7.99 Save £1.44 (18%)
GBP
Availability
In Stock
Free Delivery Available When You Spend £25 Or More
Details
Spend £25 on eligible products to receive free standard delivery to home or free next working day click and collect to store
Share

'Ambitious, intricate, riveting' The Times _______________ Farah Hafez raised her head and stared into the camcorder's reflective black hole. 'Now say what I want you to say. And do it convincingly. You can save this girl's life.' That's when the words came. Unexpected and forceful. Like vomit. 'I, Farah Hafez, support the jihad against President Potanin's criminal regime.' He smiled coldly and pulled the trigger anyway. After investigating what appeared to be a simple hit-and-run, journalist Farah Hafez became caught up in a web of crime and corruption that led to her kidnap. Detained in Russia, she was forced to pledge her allegiance to a terrorist group on camera. Now sought by international security and members of the criminal class alike, Farah flees to Jakarta to continue her investigation while her friends and allies attempt to clear her name from across the globe. If Farah is ever going to regain her freedom, she needs to discover the root of the evil that bought her here. The problem is that discovering this might cost her her life. _______________ 'Disturbing, apocalyptic, gripping' Dutch Daily De Limburger 'Riveting until the very end' AD Weekend [Dutch Newspaper] 'The Dutch answer to the tsunami of Scandinavian thrillers' BB Boekblad

Walter Lucius is the pseudonym of screenwriter, director and producer Walter Goverde. Walter used to be a stage director, and has produced dramas, documentaries and various television series as well. He has also founded Odyssee Producties, an audio-visual company with which he has carried out several projects for a number of Dutch government ministries. Walter lives in Amsterdam.