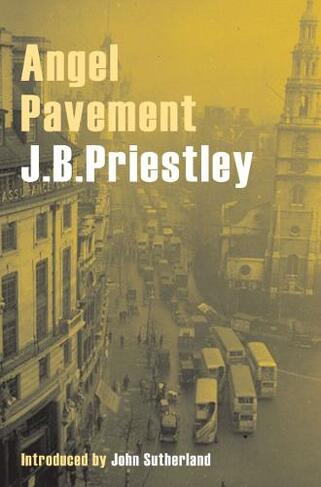 By J. B. Priestley (Author)
Paperback
£8.19 rrp £9.99 Save £1.80 (18%)
GBP
Availability
In Stock
Free Delivery Available When You Spend £25 Or More
Details
Spend £25 On Products To Receive Free Standard Delivery To Your Home Or Free Next Day Click and Collect To Stores
Share

Angel Pavement is one of the great London novels. First published in 1930, it is a social panorama of the city of London seen largely through the eyes of the employees of the firm Twigg & Dersingham, on the first floor of No. 8, Angel Pavement (a small cul-de-sac in the heart of London's commercial district). Angel Pavement provides readers with a vivid picture of ordinary London life before the war and the blitz changed everything dramatically and is set against the background of the great depression. The story centres on the arrival of a mysterious Mr. Golspie from the Baltic region. Business at the firm has been struggling but Mr. Golspie looks set to change its fortunes. His arrival turns life upside down for everyone connected with the firm, but all is not what it seems with Mr. Golspie...

John Boynton Priestley (1894-1984) was one of the great literary figures of the twentieth century. Pre-eminently a dramatist, novelist and social commentator many of his works have become literary classics, among them The GoodCompanions, Angel Pavement, An Inspector Calls and Time and the Conways. His plays have been translated and performed all over the world and many have been filmed. During the Second World War his regular Sunday night Postscript radio talks attracted audiences of up to 15 million listeners. It was said that he was as popular and asimportant as Churchill in shoring up the nation's morale and in offering a vision of a better world to come.He was also a founder member of the Campaign for Nuclear Disarmament, a champion of public lending rights andrepresented the UK at two UNESCO conferences.In literary, social and political terms he was very much the last great man of English letters.