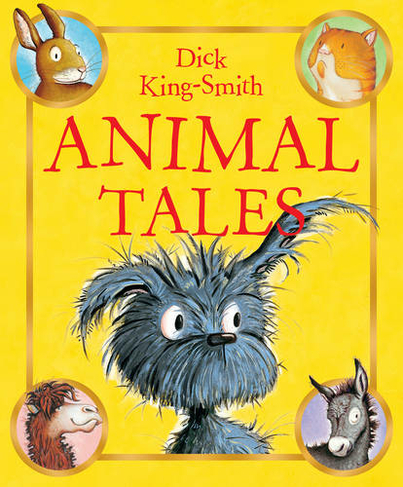 All Because of Jackson - Jackson is a very unusual rabbit - one who dreams of going to sea. So one day he stows away on the Atalanta and sails off in search of a new life . . . The Catlady - Muriel lives alone with lots and lots of cats. But Muriel's cats are no ordinary cats - they are people she once knew reincarnated in feline form! The Guard Dog - The story of a scruffy little mongrel with a grand ambition - to be a guard dog. The other pups laugh at him. Could such a small and scruffy dog really guard a home? Hairy Hezekiah - Hezekiah lives a quiet life, and seems to be the only animal in the zoo without a friend. So he decides to escape and go on the run! Horse Pie - Jenny the donkey finds herself unwelcome at the Old Horses' Home, but when rustlers start looking for horses to make into pies, it's up to Jenny to save the day.

DICK KING-SMITH was a Gloucestershire farmer until the age of 45, when he gave up farming to become a primary school teacher. As a bestselling full-time author, his work received many awards including a Bronze Medal for the Smarties Prize of l997 for All Because of Jackson and the Children's Book Award in l995 for Harriet's Hare. In l992, he was also voted Children's Author of the Year. In l995, his top-selling title The Sheep-Pig was developed into a box-office movie, BABE, introducing hundreds of thousands of youngsters to his work. He died in 2011.