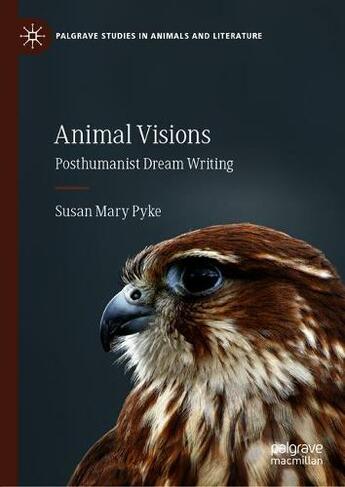 Animal Visions considers how literature responds to the harms of anthropocentricism, working with Emily Bronte's Wuthering Heights (1847) and various adaptations of this canonistic novel to show how posthumanist dream writing unsettles the privileging of the human species over other species. Two feminist and post-Freudian responses, Kathy Acker's poem "Obsession" (1992) and Anne Carson's "The Glass Essay" (1997) most strongly extend Bronte's dream writing in this direction. Building on the trope of a ludic Cathy ghost who refuses the containment of logic and reason, these and other adaptations offer the gift of a radical peri-hysteria. This emotional excess is most clearly seen in Kate Bush's music video "Wuthering Heights" (1978) and Peter Kosminsky's film Wuthering Heights (1992). Such disturbances make space for a moor love that is particularly evident in Jane Urquhart's novel Changing Heaven (1989) and, to a lesser extent Sylvia Plath's poem, "Wuthering Heights" (1961). Bronte's Wuthering Heights and its most productive afterings make space for co-affective relations between humans and other animal beings. Andrea Arnold's film Wuthering Heights (2011) and Luis Bunuel's Abismos de Pasion (1954) also highlight the rupturing split gaze of non-acting animals in their films. In all of these works depictions of intra-active and entangled responses between animals show the potential for dynamic and generative multispecies relations, where the human is one animal amongst the kin of the world. 1 Illustrations, black and white; VIII, 314 p. 1 illus.