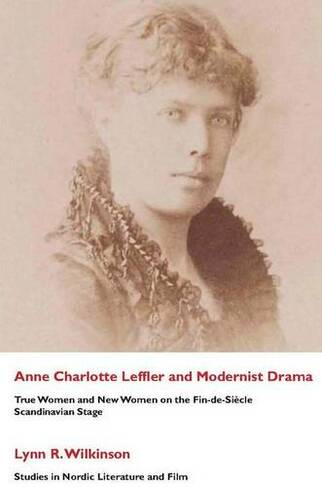 Anne Charlotte Leffler (1849-1892) was the most important European woman playwright of the last decades of the nineteenth century and together with Ibsen and Strindberg one of the Scandinavian pioneers of modern and modernist drama. Lynn R. Wilkinson's Anne Charlotte Leffler and Modernist Drama is the first full-length study of Leffler's dramatic production. It argues that Leffler's plays deserve to be read and performed today alongside those of Ibsen and Strindberg, as they indeed were during her lifetime, and will serve as a welcome resource for new productions of her plays and studies of her work. Born the same year as August Strindberg, Anne Charlotte Leffler was a far more successful playwright in Scandinavia and elsewhere during her lifetime. After her death, however, literary histories dismissed her work as an example of the propagandistic literature of the Swedish 1880s. But beginning in the 1970s, revivals of her plays in theaters and on television have rekindled interest in Leffler and her work. Scoring her first theatrical success in 1873 with a play about a young actress who rejects marriage for a career on the stage, Leffler wrote fourteen plays that were either published or performed in theaters throughout Scandinavia and Europe - often to considerable critical acclaim. All address the situation of women, but often in connection with other issues, such as the exploitation of the working classes or the repressiveness of late-nineteenth-century European culture, and in a range of styles. Her feminist classic, the realist True Women, centers on the conflicts that arise on one household when a daughter opposes her spendthrift father's claim to the last of his wife's money. But it premiered together with the avant-garde one-act A Saving Angel, which depicts in the form of a dance the unsettling effects of urban sexuality on a group of young women. And Leffler's last play, The Ways of Truth, is a dream play that draws on flaneur narratives to show the wanderings of an intellectual heroine and her companion through scenes from late-nineteenth-century European life. Illustrations, facsims., ports.

Lynn R. Wilkinson is Associate Professor of Germanic Studies, Comparative Literature, and Women's and Gender Studies at the University of Texas at Austin. She has published The Dream of an Absolute Language: Emanuel Swedenborg and French Literary Culture, as well as many articles on nineteenth- and twentieth-century Scandinavian and European literature, culture, and film.