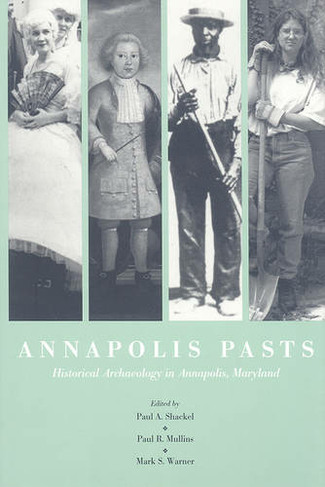 The Archaeology in Annapolis project has been one of the most important undertaken by historical archaeologists. Notable for its emphasis on public education and its use of citywide research, it has carried out an innovative analysis of material culture to show how a wide range of social and economic classes residing in Maryland's capital responded over time to a changing world.Annapolis Pasts offers a close look at the trend-setting project. Drawing on more than a decade of study, it provides a cross-section of the substantive and theoretical issues that Archaeology in Annapolis has explored. The volume gathers the work of some of the most innovative authorities in historical archaeology along with that of younger scholars who participated in the project, all of whom demonstrate the cutting-edge approaches that have won it wide respect. And despite differences in theoretical orientations, all the contributors have used Annapolis's archaeological data to interpret the emergence of capitalism as both a dynamic market force and an equally dynamic body of social rules. In studies of sites ranging from eighteenth-century formal gardens to nineteenth- and twentieth-century African American neighborhoods, the book explores the development of modern society as reflected in such examples of material culture as food, printer's type, tableware, and landscape architecture, showing how these features of everyday life were used to reproduce, modify, and resist capitalist society over three centuries. It also investigates subordinated groups in Annapolis -- African Americans, women, the working class -- to provide insight into racism, class structure, and consumer society in the early years of theindustrial revolution.Annapolis Pasts clearly demonstrates that traditional objects of study like Georgian mansions and colonial crafts cannot be understood without considering their complete social and economic milieu. It presents a fascinating mosaic of human activity that shows how archaeologists can interpret the different social, temporal, and theoretical pieces of a city's history, and it provides anthropologists, economists, and historians with an example of the multifaceted effects of capitalism and industrialization in one corner of America.