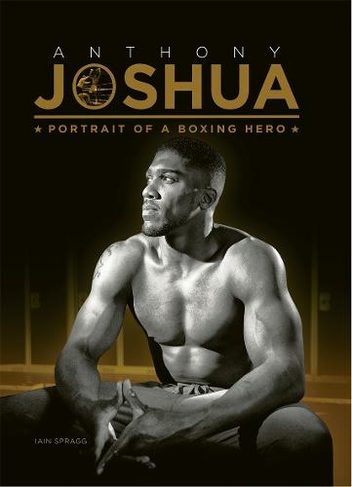 By Iain Spragg (Author)
Hardback
https://www.whsmith.co.uk/products/anthony-joshua-portrait-of-a-boxing-hero/iain-spragg/hardback/9781787390447-12-000.html £13.59 rrp £16.99 Save £3.40 (20%)
GBP
Availability
In Stock
Free Delivery Available When You Spend £25 Or More
Details
Spend £25 on eligible products to receive free standard delivery to home or free next working day click and collect to store
Share

Anthony Joshua: Portrait of a Boxing Hero tells the story of one of the most talented British boxers ever to step into a ring. More than an Olympic gold medallist and a world heavyweight champion - something no British fighter has ever achieved (Lennox Lewis won gold for Canada) - AJ, as he is generally nicknamed, is a genuinely nice guy. It hasn't been an easy journey for the youngster who grew up in Watford; he had his share of troubles and it was his dedication to boxing that turned him in the superstar he is today. This superbly illustrated biography follows AJ as he made his way in the boxing world, fighting for the Amateur World Championship, in the Olympic Games and then as a professional boxer. As well as Iain Spragg's insightful text, there are comments from those who knew him at every stage of his career. From Finchley Boxing Club - where it started - to the 90,000 crammed into Wembley Stadium when he TKOd Wladimir Klitschko as well as the packed house in Cardiff where he defended his heavyweight crown against Carlos Takam, this a story that will fascinate all boxing fans. 75 clr photos

Iain Spragg is a sports journalist who has written for the Daily Telegraph and The Times. As an author he has a number of books to his name including Cristiano Ronaldo: The Ultimate Fan Book, Kicking Off: The Big Book of Football's Funniest Quotes and The History of the World Cup in 100 Objects.