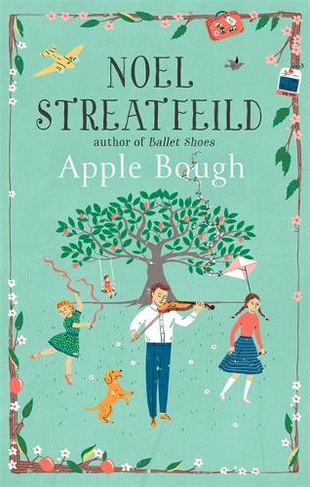 So your brother's a world-famous violinist? That's amazing! Or is it? The Forums are a musical family, and one child, Sebastian, shines out as a prodigy. He is a brilliant violinist and when his talent is recognised, he is wanted the world over. Myra, Wolfgang (named after Mozart) and Ettie thought it was wonderful at first, but after four years of touring the world with their brilliant brother they've changed their minds. Now, what they long for, is a home of their own, not a hotel in Vienna or Venice or Moscow. But to their mother and father, a life of travel is exciting - all any child could want. How can the children make the grown-ups see sense? Myra makes a plan - 'Operation Home' - and is determined to make it succeed.

Noel Streatfeild was born in Sussex in 1895 and was one of three sisters. After working in munitions factories and canteens for the armed forces when the First World War broke out, Noel followed her dream of being on stage and went to RADA where she became a professional actress.She began writing children's books in 1931 and Ballet Shoes was published in 1936. She quickly became one of the most popular authors of her day. She was one of the first winners of the Carnegie Medal and was awarded an OBE in 1983.