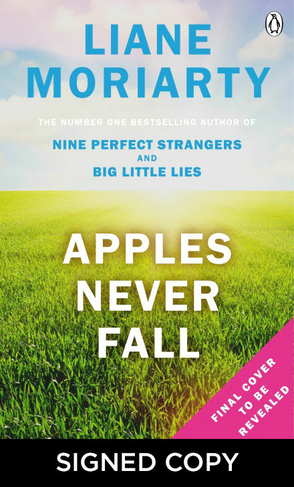 *Available for pre-order* The brand new novel from the worldwide Number One bestselling author behind Nine Perfect Strangers and the Emmy and Golden Globe-winning HBO series Big Little Lies Praise for Liane Moriarty: 'One of the few writers I'll drop anything for' Jojo Moyes 'Staggeringly brilliant' Sophie Hannah 'Keeps you guessing until the very end' Reese Witherspoon 'Her slow-burning plotting leaves you gasping' Grazia

Liane Moriarty is the bestselling author of eight novels including The Hypnotist's Love Story, The Husband's Secret, Big Little Lies and Nine Perfect Strangers. The Husband's Secret has sold more than three million copies worldwide and been translated into over forty languages. Big Little Lies is now an Emmy and Golden Globe-winning HBO series, produced by and starring Nicole Kidman and Reese Witherspoon. Liane lives in Sydney with her husband, son and daughter.