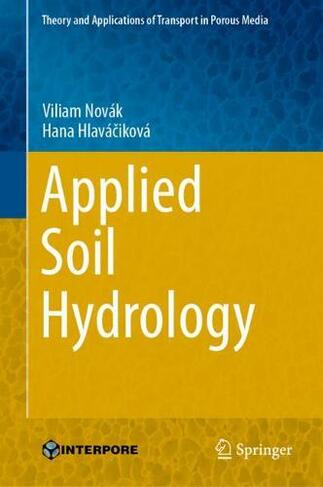 This state-of-the-art book clearly explains the basic principles of soil hydrology and the current knowledge in this field. It particularly highlights the estimation and application of measurements and evaluation of soil-hydrophysical characteristics using simulation models, with a focus on elucidating the basic hydrophysical characteristics of soil, such as soil water potential and hydraulic conductivity, as well as the methods of measurement. It also addresses topics such as stony soil, water repellent soils, and water movement modeling in those media. The book presents soil hydrology in a simple way, while quantitatively expressing the soil water state and movement. It clearly and precisely describes basic terms of soil hydrology with a minimum of mathematics. It also includes the latest research findings in the field as well as the basics of the mathematical modeling of water movement in the soil-plant-atmosphere system (SPAS), using original research results to illustrate these issues. This book is of interest to all scientists and professionals in soil hydrology, including beginners, as well as those interested and working in hydrology in general and soil hydrology in particular. In addition, it can also be used by specialists and students in related fields like agronomy, forestry, meteorology, hydrology, environmental engineering, environmental protection, and geography. 125 Tables, color; 130 Illustrations, black and white; XXIII, 342 p. 130 illus.