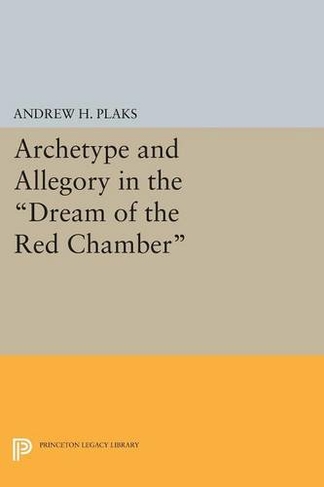 Archetype and Allegory in the Dream of the Red Chamber: (Princeton Legacy Library)

Surprisingly little has been written in Western languages about the eighteenth- century Chinese novel Dream of the Red Chamber, perhaps the supreme masterpiece of its entire tradition. In this study, Andrew H. Plaks has used the conceptual tools of comparative literature to focus on the novel's allegorical elements and narrative structure. He thereby succeeds in accounting for the work's greatness in terms that do justice to its own narrative tradition and as well to recent advances in general literary theory. A close textual reading of the novel leads to discussion of a wide range of topics: ancient Chinese mythology, Chinese garden aesthetics, and the logic of alternation and recurrence. The detailed study of European allegorical texts clarifies the directions taken by comparable works of Chinese literature, and the critical tool of the literary archetype helps to locate the novel within the Chinese narrative tradition from ancient mythology to the more recent "novel" form. Professor Plaks' innovative use of traditional criticism suggests the levels of meaning the eighteenth-century author might have expected to convey to his immediate audience. This book provides not only an illuminating analysis of this important novel, but also a significant demonstration that critical concepts derived primarily from Western literary models may be fruitfully applied to Chinese narrative works. Originally published in 1976. The Princeton Legacy Library uses the latest print-on-demand technology to again make available previously out-of-print books from the distinguished backlist of Princeton University Press. These editions preserve the original texts of these important books while presenting them in durable paperback and hardcover editions. The goal of the Princeton Legacy Library is to vastly increase access to the rich scholarly heritage found in the thousands of books published by Princeton University Press since its founding in 1905.