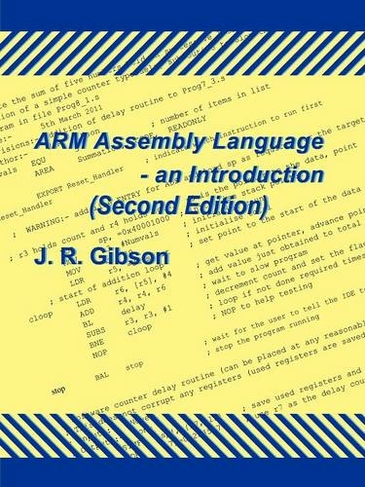 The ARM core is the most widely used embedded central processing unit, CPU, incorporated in programmed electronic devices. Millions of products with one or more ARM cores are sold every day. ARM cores are so widely used that ARM is frequently chosen as the CPU example for in electronic engineering and other computer courses. This is an introductory text describing the ARM assembly language and its use for simple programming tasks. The text assumes that the reader has never written programs using any assembly language. Features of ARM that differ from those of other common CPUs, especially those used in embedded systems, are emphasised so this provides an introduction to ARM programming for professionals using ARM devices for the first time. black & white illustrations