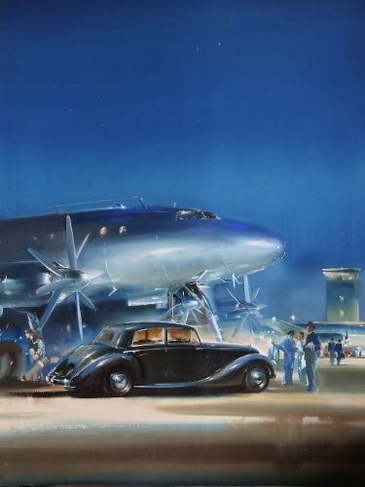 Armstrong Siddeley was one of the leading brands of British motor cars from the 1920s through to 1960. It created luxury motor cars that were renowned for their high standards. In this comprehensive book, David Welch relates the history of the marque and the various car models, sprinkled with interesting anecdotes from the complex company history and remarkable journeys achieved by Armstrong Siddeley owners. This includes the early history of Armstrong Siddeley and the relationships with Herbert Austin and Lionel de Rothschild, as well as the later sale to the Hawker Aircraft Company. The book covers the many cars developed by Armstrong Siddeley over the years, including the Siddeley 100hp racing car produced for the 1905 Gordon Bennett Trophy, the Stoneleigh light car, designed to compete with the Austin 7, the 18hp and 30hp, the Siddeley Special Six, the Sapphire 346, which took part in the Monte Carlo rally, and the Atalanta. The author also describes numerous other models and a plethora of coachwork styles available from the company and independent coach builders. The book includes revolutionary inventions made by the company, such as the introduction of the pre-selector or self-changing gear box and its use in everything from tanks and buses to racing cars. Drawing on previously unpublished photographs from the manufacturer's archives and the author's own collection, this is the definitive guide to one of the classic British car manufacturers of a bygone era. 110 Illustrations, unspecified

David Welch has been involved with Armstrong Siddeley cars since his father bought one in the 1950s. He has been a director and company secretary for the Armstrong Siddeley Owners Club and is currently the head judge at the club's annual concours competition. He is also a trustee of the Armstrong Siddeley Heritage Trust and edits its journal, Siddeley Times, for which he writes a large part of the content. He has also contributed to classic car magazines.