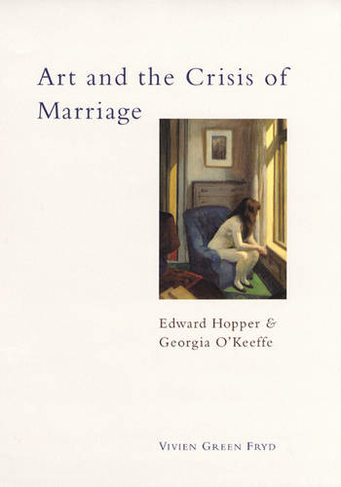 Art and the Crisis of Marriage Edward Hopper and Georgia O'Keeffe

Between the two world wars, middle-class America experienced a "marriage crisis" that filled the pages of the popular press. Divorce rates were rising, birthrates falling, and women were entering the increasingly industrialized and urbanized workforce in larger numbers than ever before, while Victorian morals and manners began to break down in the wake of the first sexual revolution. Vivien Green Fryd argues that this crisis played a crucial role in the lives and works of two of America's most familiar and beloved artists, Georgia O'Keeffe (1887-1986) and Edward Hopper (1882-1967). Combining biographical study of their marriages with formal and iconographical analysis of their works, Fryd shows how both artists expressed the pleasures and perils of their relationships in their paintings. Hopper's many representations of Victorian homes in sunny, tranquil landscapes, for instance, take on new meanings when viewed in the context of the artist's own tumultuous marriage with Jo and the wide-spread middle-class fears that the new urban, multidwelling homes would contribute to the break down of the family. Fryd also persuasively interprets the many paintings of skulls and crosses that O'Keeffe produced in New Mexico as embodying themes of death and rebirth in response to her husband Alfred Stieglitz's long-term affair with Dorothy Norman. "Art and the Crisis of Marriage" provide both a penetrating appraisal of the interconnectedness between Georgia O'Keeffe and Edward Hopper's lives and works, as well as a vivid portrait of how new understandings of family, gender and sexuality transformed American society between the wars in ways that continue to shape it today. 14 colour plates, 119 halftones

Vivien Green Fryd is associate professor of art history and American studies at Vanderbilt University. She is the author of Art and Empire: The Politics of Ethnicity in the U.S. Capitol, 1815-1860.