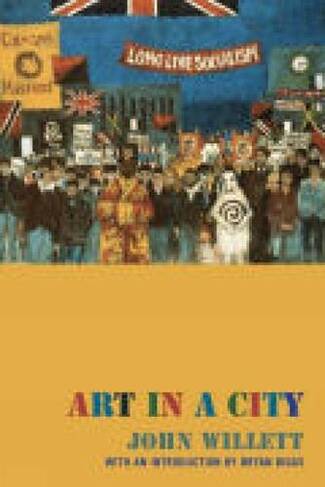 Art in A City

This classic text, reissued to coincide with the 800th anniversary of the City of Liverpool, was originally published in 1967. It is a milestone in the examination of urban arts movements and also provides the starting point for looking at art in Liverpool from the 1960s to the present day. Based on a survey commissioned by the Bluecoat Society of Arts, the author did something that had never before been done for a single city, and arguably has never been done since. He surveyed the history of the visual arts in the city, looked at the cultural and institutional environment in which they developed, and asked the people of Liverpool how they viewed the visual arts in Liverpool - both in terms of public art and art in enclosed spaces. Willett saw a place with strong traditions in the visual arts, with new developments associated with the city's emergence in the 1960s as a centre for music and poetry.

John Willett was born in Hampstead in 1917. During the war he was an intelligence officer based in England, the Middle East and Italy. In 1951 he wrote his acclaimed book The Theatre of Bertolt Brecht (Willett was a friend of Brecht). In 1960 he became Assistant Editor of the TLS where he stayed until 1967.

Art in A City
Art in A City
John Willett
Paperback
Special Order item not currently available. We'll try and order for you
https://www.whsmith.co.uk/products/art-in-a-city/john-willett/paperback/9781846310829.html £15.00
GBP